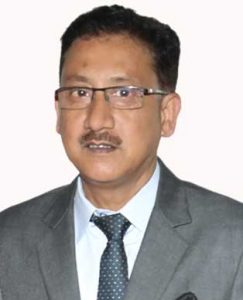 Dr. Arunava Pattanayak started his career as a scientist in 1986 at ICAR Research Complex for NEH Region, Shillong, Meghalaya, India and initially worked on plant protoplasts, haploids and then on both crop breeding and biotechnology. He developed plant regeneration protocol from rice protoplasts, CMS transfer through protoplast fusion, transgenic plant, and doubled haploid in rice. As the principal breeder, he has developed 11 rice varieties (two DHs) six of which at present cover about 90,000 ha in NEH, played a prominent role in seed village and rice landscape development in Meghalaya and Assam. He was associated in the development of protocol for DNA isolation from duck feather, sexing of day-old chicken or chick embryo through DNA marker. As a group leader, contributed more than 3000 crop germplasm to the national repository and to two core collections (rice for cold and maize for water logging).

Dr. Pattanayak took over as Director of ICAR- Vivekanand Parvatiya Krishi Anusandhan Sansthan (ICAR-VPKAS), Almora, Uttarakhand, India in March 2015. ICAR- VPKAS, Almora has a long heritage of varietal development and contributed in the Green Revolution of India. Under his guidance (2015-2020) the institute released 27 varieties, contributed 12 bio-fortified lines to AICRP and supplied technologies to 24 states & UTs of India and obtained two patents. The institute also figured among the 53 organizations / companies selected by FICCI for technology export to Ethiopia.

Dr. A. Pattanayak was an active contributor to the ‘KIRAN‘ portal. The portal won several awards at the national level. He also revived and made online the ‘Indian Journal of Hill Farming‘ and was chief editor of it for four years.